Background and Objectives: Studying as a social skill is the bed of advancement and development of each nation, and it can be said that there is a close relationship between the study and development of individuals in societies. The growth of the culture of studying and reading can directly and indirectly play an effective role in reducing the impact of social pests, such as addiction, etc. (Mardandoost, Torkian Tabar, Hasoomi, 2016). The need for children and adolescents to be interested in studying is not overlooked. The habit of reading and familiarity with resources that can help us meet our information needs is a great benefit and this habit is better to sprout from childhood (Mardandoost, Torkian Tabar, Hasoomi, 2016). The choice of teens for this study is important because they are in the early years of experiencing reading and this useful habit (reading), which should have been institutionalized since many years ago, is the basis for knowledge gaining and lifelong learning in them. The purpose of this study was to investigate and identify the inciting and preventing factors of habitual reading among high school students in Ahvaz.
Methodology: The present study was conducted in a survey, or field study, and descriptive method. The statistical population of this study consists of 380 of 40814 high school students of public schools in Ahwaz, which is calculated using the Cochran formula. Sampling in this research was carried out in a classified random manner. The data gathering tool in this research is a researcher-made questionnaire designed according to the factors related to the study (such as family, library, school, librarian, etc.), as well as the persuasive and dissuasive components. To assess the validity of the questionnaire, content validity was used. In order to determine the reliability of the data gathering tool, the final questionnaire was distributed in a group of 30 people. In the analysis phase, the reliability of the questionnaire was measured by calculating the Cronbach's alpha coefficient. The reliability coefficient for measuring the study status was 0.75, for dissuasive factors was 0.943 and for the persuasive factors was 0.894. for descriptive statistics, indicators such as mean, frequency, standard deviation and percentages are used, and for inferential statistics, exploratory factor analysis, independent t-test, Spearman correlation coefficient have been used. Data were analyzed by SPSS software version 22.
Findings: Based on the results, 62.8% of the respondents were girls and 37.2% of them were boys. The findings of the study showed that the average student's study period was about 3 hours a day and girls were significantly more likely than boys to study. The average non-syllabic study of students was estimated at 55 minutes per day. There was no significant difference between the mean study amount of girls and boys. According to the findings, the most common way to get information between students are radio and television, and the Internet. Also, findings indicate that there is a correlation of 0.037 between parental education and non-syllabus study in students. According to the findings, 75.1% of students during the day, in addition to textbooks, also study non-syllabus material; the average non-syllabus study time in students is about 55 minutes per day, and based on The test there is no significant difference between the non-syllabus study time of male and female students. Findings showed that students believe educational factors such as holding educational courses to familiarize them with reading, and then motivational, cultural and economic factors are the most important factors in getting them interested in reading. On the other hand, cultural, educational and economic factors are the most important factors preventing them from studying.
Disscusion: Based on the findings, student believe that among the persuasive factors, educational factors, economic factors and motivational factors, have the most impact in encouraging students to study. These findings indicate that if adolescents are adequately trained in studying and familiarizing themselves with appropriate resources, and by institutionalizing appropriate culture from the behavior of their families and those around them since childhood, their interest in The study will be further. Among the deterrent factors, cultural, educational and economic factors were also the most frequent among the responses. At the end, suggestions are made to improve the level of study. As the findings show, from student's point of view the motivational factors have not been among the inhibitors, which means that in case of proper designing, adequate education and creation of facilities for book purchases, there is sufficient motivation for studying in teens and students. Therefore, according to the results, it is believed that the most effective ways to increase the adolescents' study rate and their interest in this culture are at first, development of related educational programs and then the attempt to guide the intellectual orientation and culture of Families towards reading and, later on, create easy access reading materials. 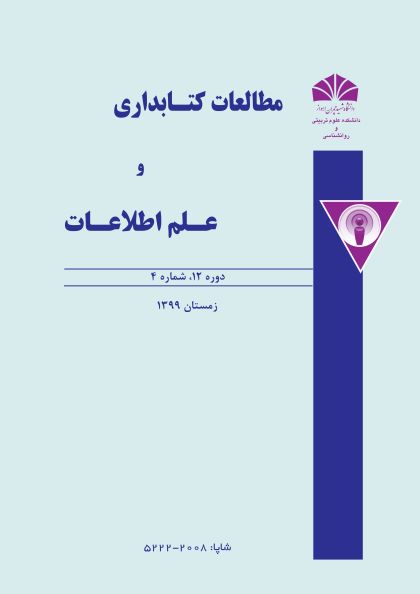